Seven Steak and Sushi Gets Sold.

Seven Steak and Sushi Gets Sold. In my opinion, the minority share holders of the downtown destination spot Seven Steak and Sushi pretty much shot themselves in the head by pushing out the founding family of Seven. After eight years of pouring love, blood, sweat and a ton of cash into Seven, David Koch was forced out by minority share holders with a court ordered restraining order. Soon after a court ordered receiver was put into place to do whats deemed best for Seven.

I was personally at multiple court hearings and attorney meetings and I must say it was heart breaking. I felt my own heart hurt watching Seven get high-jacked from the family who did whatever possible to keep the doors open.


When all the dust of the fight settled the court appointed receiver looked at who in Minneapolis could pay off the $1.6 million dollar debt, some that had be accumulated from the past, and some from after the Koch family had been forced out, mutual parties came forth. In the end, Ken Sherman , owner of the Lumber Exchange and investor Ro Shirole came up with the cash.

As personal friends of the Koch family and of Ken Sherman it's been a heart tugging time just because I think the world of them both. I'm heartbroken for David and his family but glad that Ken Sherman ended up with it. Out of all parties who were in line to take over I believe Ken and Ro will do the best for Seven.

I can only hope that Ken Sherman and Ro Shirole, the new owners and management of Seven , will keep in mind and celebrate how much the Koch family sacrificed on behalf of Seven.  I know that they will continue the hospitality upon which the Koch family built the business. You never know, you may even see some of the Kotch family back at Seven. I know I'm keeping my fingers crossed! 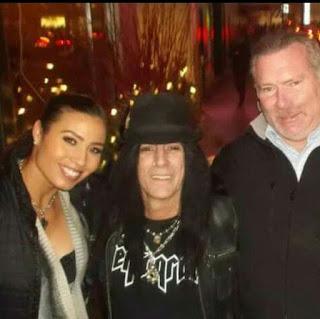